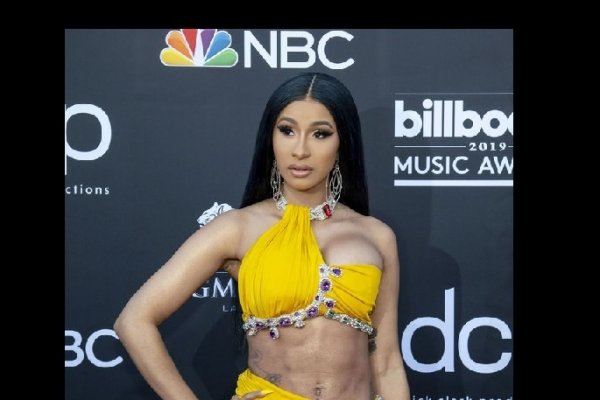 Cardi B — who we solely revealed was inevitably dropping new music fourteen days prior — is retaliating against claims that the new track, "Up," is a counterfeit of a tune called "Stuck" by New Jersey rappers Mir Pesos and Mir Fontane.

"They taking," Mir Pesos said in an Instagram post looking at the two tunes. "We need my cash," he tweeted. Because of the tweets about the likenesses, Cardi, 28, posted an Instagram story of an old video of her singing the tune and expressed: "From August seventh … I been chipping away at this. Sorry lil kid never hurd [sic] of you." The tune "Stuck" was delivered in September, however Mir Fontane guaranteed they'd reviewed the track through YouTube on Aug. 6. Reps for Cardi B didn't remark. In any case, Cardi B gave a revile loaded reaction on Instagram Live on Friday night, saying "I'm the sort of individual, I don't care for going to court

If I jack something from someone," she'd pay them. However, she later expressed, "In case you're feeling a particular kind of way, we can indict it. I don't give a f–k… Get the f–k out of here." She likewise brought up that she's not a maker — so on the off chance that somebody has issues with a beat, they can, "take it up with them." When it goes to the "show," she said, it "doesn't trouble me." Cardi B delivered her new tune this week to incredible exhibit. Yet, — when Page Six contacted Cardi's reps on Jan. 21 with a tip that the star would deliver a peppy club tune toward the month's end or early Feb, they demanded that another single had not been picked and that there was no new music arranged.