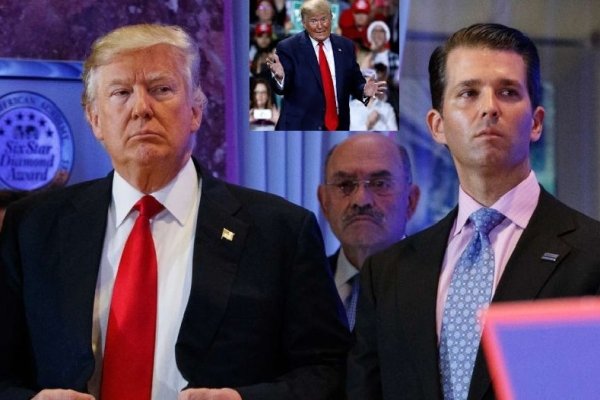 He is now facing the wrath of supporters in the White House after supporters of the late US President Donald Trump attacked the Capitol Hill building where the US Parliament is located.

Many Republican senators are unwilling to support Trump. Not only that, but some of the appointments that Trump made at the administrative level have also resigned following the Capitol Hill incident.

Outgoing President Donald Trump is scheduled to leave the White House on January 20, and President-elect Joe Biden will take office on the same day.

However, after the violence on Capitol Hill, Democratic Party leaders are no longer willing to wait until Jan. 20. He says Trump should step down immediately. He also demanded a ban on standing for re-election.

If Trump doesn't announce his resignation from the White House as soon as possible, we will launch an impeachment against him, says Nancy Pelosi

Trump has been impeached once before. Most of the Republican senators who sided with Trump at the time are not ready to support Trump this time.

This does not mean that he will take a stand against Trump. However, it is clear that Trump has lost the sympathy of millions of his supporters.

Meanwhile, Vida Trump has challenged the outcome of the presidential election in Parliament, saying that Joe Biden will field a new candidate in parallel with all the Republican senators who did not prevent him from winning.

In the aftermath of the violence on Capitol Hill, leaders of both parties protested the president's behavior in Parliament.

Democratic leaders have called for Trump to step down immediately. According to him, "Trump is a big threat to the country. He is unpredictable and therefore there is no justification for giving him another 11 days in the White House."

If Trump is removed prematurely, he will never be able to run for president again.

However, Mike Pence, the US vice president and his partner in the presidential election, and other ministers will have to start the process of retiring President Trump.

This action can be taken under Article 25 of the US Constitution. Speaker of Parliament Nancy Pelosi and Democratic Senator Chuck Schumer have also called on Pence to take action. Pence has not yet commented on the appeal.

However, some believe that Pence could take such action. This is because the Capitol Hill incident was opposed by many senior officials in the Trump administration.

Earlier, when the Democratic Party tried to file an impeachment motion against Trump, it did not succeed due to lack of support from the Trump cabinet.

This time around, however, Speaker Nancy Pelosi herself is in talks with Trump aides.

Fear of nuclear attack
Nancy Pelosi said in a letter that she had discussed with US General Staff Secretary of State Mark Millie what would happen if outgoing President Donald Trump ordered a war or a nuclear attack.
However, General Mark Millie's response has not been made public.

If Trump does not leave the White House this week, he could face impeachment in the next few days, warns Nancy Pelosi.

The US Congress is called the Congress. Congress has two houses - the House of Representatives (junior house) and the senate (upper house). The Democratic Party has a majority in the lower house. An impeachment suit could be filed against Trump on the basis of this majority. If that happens, Trump, who has twice faced impeachment, will become the first president in US history.

However, the Democratic Party does not have the numbers to take action against Trump without the support of Republican leaders in the Senate.

Many Republican leaders in the Senate are also angry with Trump. However, he is in no hurry to launch an impeachment against Trump.

In 2019, when the Democratic Party tried to file an impeachment motion against Trump, he was opposed by Republican senators. Most of those senators are silent this time. Some senators, however, are openly saying that Trump was not at fault in the Capitol Hill incident.

Lifting Trump's bracelet has less benefit, more loss
Republican Senator Lindsay Graham of South Carolina said, "If I take action against Trump on the last day of his term, he will have fewer gains and more losses. I hope Joe Biden will take stock of the damage."

President Trump has consistently said that he has won and that the election was rigged. However, they have not been able to provide any concrete evidence in this regard.

However, Trump supporters believe Trump's words and have staged protests in several states, chanting "Save Democracy."

Although the US Congress has given a certificate of victory to President-elect Joe Biden, it remains to be seen how Trump will farewell from the White House in the coming days.