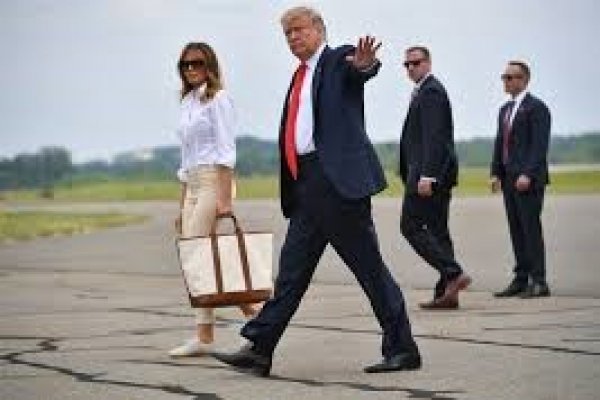 US President Donald Trump has asked his colleagues and advisers whether he could name an airport before leaving office. Business Insider reports that two people involved in the case have given information to the Daily Beast. Trump has asked his advisers for information on what documents would be needed to rename an airport. The sources said that Trump first asked for advice on naming an airport in his honor in 2018.

Trump will soon step down as president, and newly elected President Joe Biden will take over the presidency. On January 20, Biden will be sworn in as the 46th President of the United States. However, it is understood that Trump is considering renaming the airport after he stepped down before leaving office. Jade Derry, the White House media secretary, declined to comment. He told the Miami Herald that "we cannot comment on private discussions."

Although no concrete information has been released as to which airport Trump's name will be named, the Republican leader in Florida has reportedly given an advice in this regard. Christian Ziegler, a Republican deputy secretary in Florida, suggested renaming Palm Beach International Airport as Trump International Airport. In an interview with Sun Sentinel, Christian said, "It would be good news for fans of the former president in South Florida if it were named like that." He also spoke about the number of times Air Force One landed at the airport during Trump's presidency. Christian has also given Trump a piece of advice. Christians have called for Trump to build a presidential library near his Mar-a-Lago club. There have also been reports that some members of Trump's family, including his daughter Ivanka, have moved to Florida following Trump's resignation. Although the Trump family is considering relocating to a house on Palm Beach, the Washington Post reports that this has been opposed by those living around Trump's home.