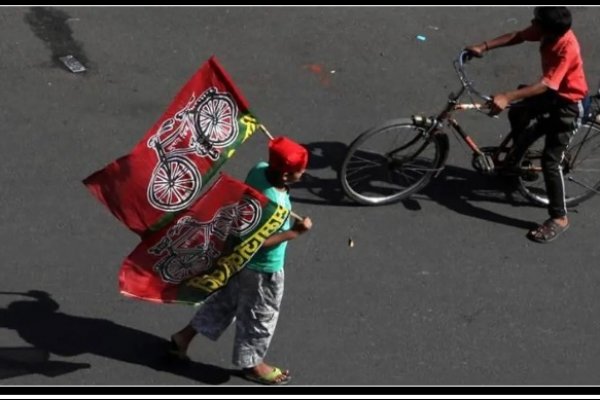 Disappointed with the Samajwadi Party's defeat in the Assembly elections, a party worker committed suicide today. He was shot in the head and tried to commit suicide, but his family rushed him to a hospital, but doctors pronounced him dead.

The activist's name is 40-year-old Devendra Yadav Bablu. He shot himself in the head. His family then rushed him to a public health center in Madhoganj. But he had already died. According to the information given by Devendra's family, the people of the village were teasing him after the Samajwadi Party lost the election. So Devendra was upset.

Devendra had taken the responsibility of winning the Samajwadi Party candidate in his village. However, he failed to do so. Madhoganj Inspector Subrata Tripathi said that Devendra was sitting in a room on the second floor of his house. There he shot himself with a native pistol. He is survived by his wife and three children. After the autopsy, the body was handed over to relatives, police said.