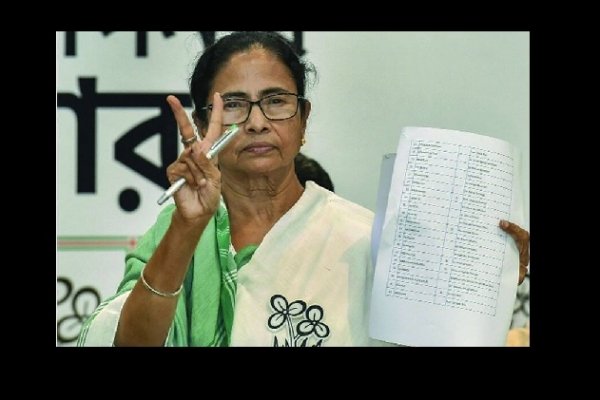 West Bengal Election News: Chief Minister Mamata Banerjee has announced the list of 291 Trinamool Congress candidates for the upcming Assembly elections. Tickets have been allotted to candidates from youth, minorities, women and backward classes. Mamata Banerjee herself will contest from Nandigram constituency.

Three seats in Darjeeling have been vacated for the Bimal Gurung faction of the Gurkha Janmukti Morcha (GJM), a constituent party of the Trinamool Congress. This time we have given more candidatures to youth and women candidates. About 23-24 existing MLAs have been left out. In the list of candidates, 50 women, 42 Muslims, 79 Scheduled Castes and 17 Scheduled Tribes have been given tickets, Banerjee said.

Mamata Banerjee is confident of coming to power for the third time in a row and this is the easiest election ever for the Trinamool Congress, the chief minister said. "Once we come to power, we will form a Legislative Council to accommodate senior and experienced leaders," he said. "We can't accommodate everyone over the age of 80," she said.

Mamata Banerjee has also said that Prime Minister Narendra Modi and Union Home Minister Amit Shah should deploy as many Union forces as they want, and the victory will go to the Trinamool Congress.