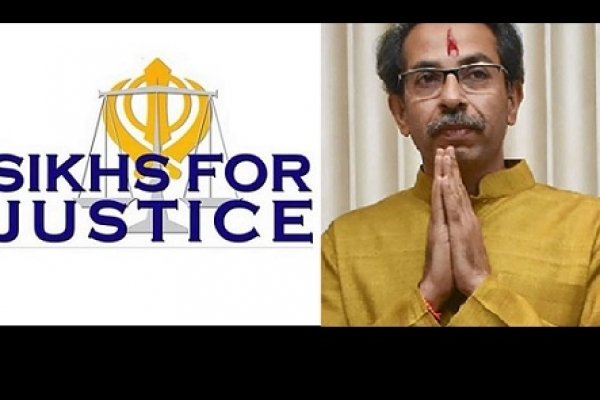 Khalistan supporter SFJ demands that both the states should Separate from India and declare its independent country and sever ties.The Sikhs for Justice had sent a letter to Chief Minister Uddhav Thackeray and Chief Minister Mamata Banerjee urging Maharashtra and West Bengal to secede from India and declare independence. The Sikhs for Justice had demanded that the two states declare independence from the Union Territory of India and sever ties.

Now they have launched a website, going beyond that. He appealed to the people to send e-mails to the Chief Ministers of both the states to take note of SFJ's demand through that. Sikhs for Justice is an anti-national organization supporting independent Khalistan . The Government of India has banned Sikhs for Justice. This was reported by the Times of India.

The SFJ has been accused of being involved in the ongoing farmers' agitation on the Delhi border and the Republic Day violence in Delhi. Both Maharashtra and West Bengal do not ally with the central government. They disagree on a number of issues. Therefore, the SFJ has selected Maharashtra and West Bengal to promote separatism, a source in the Central Intelligence Agency said.