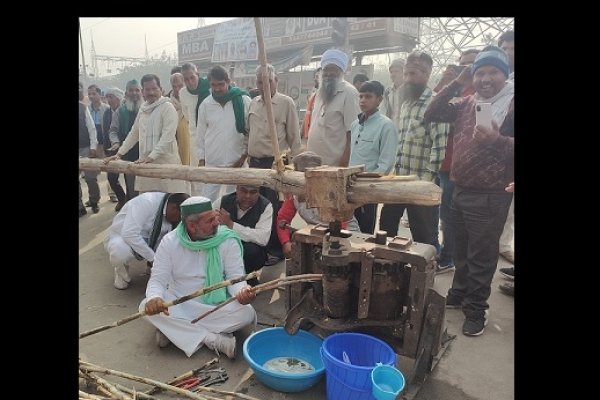 Farmers Protest News : Violent clashes broke out between BJP workers and farmers on Monday. Many people have been injured in this violence. Both sides are shouting slogans. The incident took place in Uttar Pradesh's Muzaffarnagar district. Rashtriya Lok Dal leader Jayant Chaudhary tweeted about the violent encounter.

The violent clash took place between BJP leaders and farmers in Soram village. Many people have been injured in this. If the role is not in the interest of the farmers, then at least behave well. Respect the farmers. If the government representatives are repressively explaining the benefits of the new agricultural law to the farmers, will the villagers tolerate it? That is stated in the tweet. This was reported by India Today.

The incident took place in Soram village within the limits of Shahpur police station. Earlier on February 20, Congress leader Priyanka Gandhi had addressed a public meeting in Muzaffarnagar district. Since last year, farmers have been protesting against the Centre's agricultural laws on the Delhi border. The agitation has now reached some districts of Uttar Pradesh.

Mahapanchayats were organized in Muzaffarnagar and Shamli districts against agricultural laws. The BJP is also worried as the agitation has spread to western Uttar Pradesh. Because in the Lok Sabha elections, BJP can get 40 seats. Therefore, from the BJP central level, local leaders have been instructed to quell the anger of the farmers.