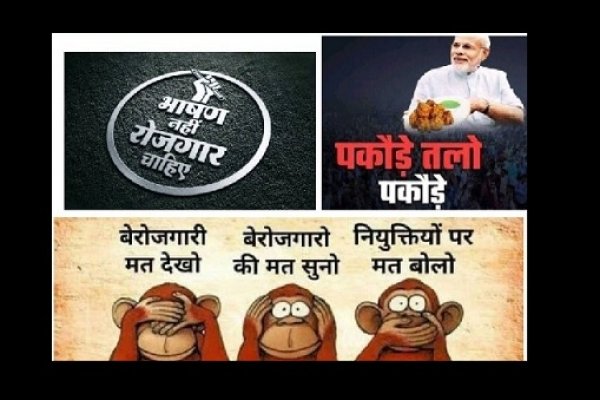 ‘Modiji , don't give speeches, give employment. More than 20 lakh people have tweeted this hashtag

The hashtag 'Modi Rozgar Do' has been trending on social networks since Sunday. Unemployment is on the rise in the country and many who are fed up with this problem are now demanding jobs directly from Prime Minister Modi through social media.  More than 20 lakh people have tweeted on this hashtag.

Many have questioned what happened to the BJP's promise of two crore jobs when it came to power. Among political issues, the hashtag Modi Rozgar Do is a top trending topic in India.

Millions lost their jobs during the Corona Lockdown. According to the CMIEE report, 1.77 crore salaried people lost their jobs in 2020. Many lost their jobs between June and July, especially after the lockdown took effect in March. That is why, now that the economy is slowly recovering, the government is promising to provide jobs to the unemployed.