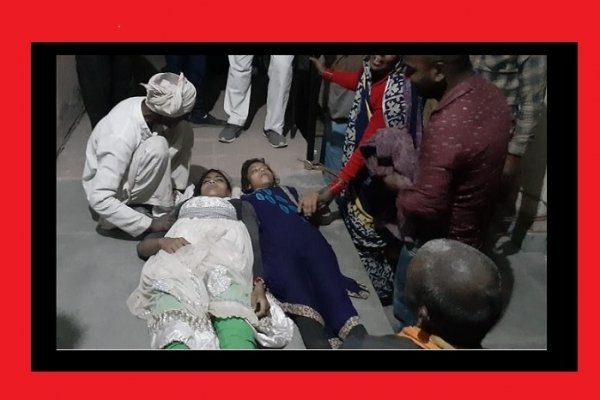 Unnao Case The night-long action in the death of Dalit aunt and niece, police picking up four youths and questioning

Unnao Case : The body of two teenagers (aunt and cousin) in Unnao, UP, in a critical condition, has caused a stir in the police department. The police action continued throughout the night to reveal the case. The police have picked up four youths in the case. They are under questioning.

Police stayed till late night in Baburaha village of Asoha. Meanwhile, around 2:30 pm, the police reached the police station with the victim's family, where ADG SN Sawant and IG Laxmi Singh questioned him about the incident. It is being told that the four young men raised are from the village next to Baburaha.

The dead bodies of the two teenagers (aunt and aunt) found dead will be post mortem today. This post-mortem will be done by a panel of doctors. After the post mortem report comes, the picture will be clear what is the real reason for the death. SP Anand Kulkarni said that it is also being ascertained whether the girls had any friendship with anyone. Several police teams are conducting raids to disclose the case. Police force is still deployed on the spot and at the victim's house.