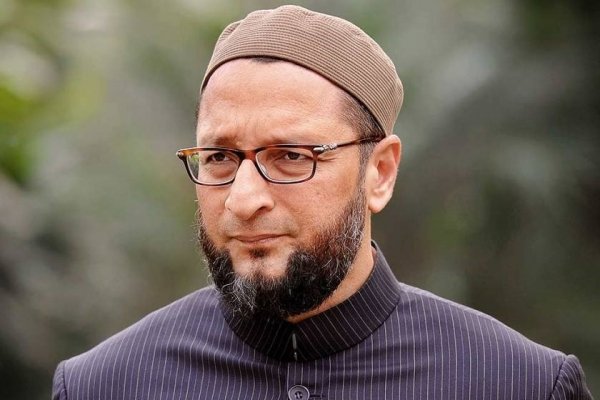 Delhi. Local body elections are going to be held in Gujarat soon, due to the election all parties are preparing. But this time in the civic elections, All India Majlis-e-Ittehadul Muslimeen is also in the fray. MP Asaduddin Owaisi reached Surat for the civic elections.
Asaduddin Owaisi said that we have an alliance with the Bhartiya Tribal Party (BTP) regarding local body elections. According to election experts, this alliance can spoil the mathematics of many big parties. With this election, Owaisi's party AIMIM has entered Gujarat. AIMIM does not have a state unit in Gujarat, but AIMIM supporters are working in places like Ahmedabad and Bharuch. The BTP has two MLAs in the 182-member Gujarat Assembly.
Local body elections in Gujarat are to be held in two phases on February 21 and February 28. Voting will be held on 21 February for the election of six municipal corporations in Gujarat, while 81 municipalities, 31 district panchayats and 231 taluka panchayats on 28 February. The counting of the elections of six municipal corporations will be held on February 23, while the elections for 81 municipalities, 31 district panchayats and 231 taluka panchayats will be counted on March 2.
Announcing the alliance of BTP and AIMIM, BTP national president Chhotu Vasava wrote in a tweet that "BTP and AIMIM will contest the elections in Gujarat in the coming elections and will work to save the constitution". In this tweet, Vasava has also released video in which he is telling about his party's alliance and upcoming strategy.
Owaisi also welcomed the retweet of this tweet by Chhotu Vasava. The interesting thing is that the support of BTP in Rajasthan was with Congress which has been withdrawn by BTP. After this, BTP has announced an alliance with AIMIM which will be applicable in other states as well.