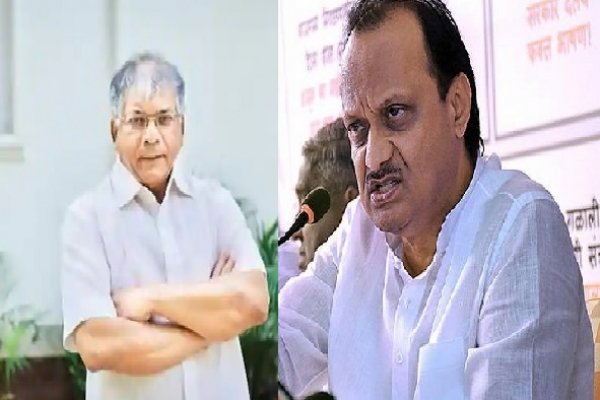 "I have come here to greet all the knights who were martyred in the historic battle of Koregaon Bhima, as is the custom every year," said Ajit Pawar.

He further said, "In the mean time, the incidents here got worse. But the people of Maharashtra tried to find a way out. We are moving forward following the ideals set by Shivaji Maharaj and Mahatma Phule. This year, the police department has provided good security.

"It has been demanded that the Vijayastambh development plan of Koregaon Bhima be approved. I am the Guardian Minister of Pune. I have personally spoken to the District Collector. The places here are privately owned places. It is planned to provide facilities to the people by taking some of the land here. The local lands will be given proper compensation by the state government, "said Ajit Pawar.

If the government discusses the Bhima-Koregaon development plan, we can talk more about it, said Prakash Ambedkar, leader of the Vanchit Bahujan Aghadi .

He said, "January 1 is the day when this country is free from social slavery. It was a fight against the untouchability that was practiced during the Peshwa era. And that fight seems to have succeeded. The social movement that started from this fight is still going on. The importance of this program remained until democracy was established.

"Both the central and state governments have no plans to revive the economy. If it had, we would have come out of the Corona crisis. Neither of these governments seem to have the capacity to make decisions. So I don't think the post-Corona situation will change much."

The government had appealed to greet Vijayasthambha from home so that the Corona crisis and some kind of impropriety would not happen. Ambedkar also hoped that everyone would respond to it .