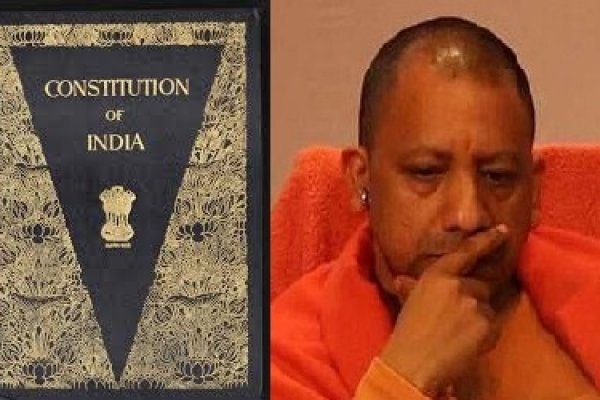 Authorities have mentioned in their letter the incident of arrest in Morabad. Police had arrested two Muslim brothers in Moradabad for marrying a Hindu girl. Meanwhile, the girl had an abortion. The letter alleges that the young woman was accused of 'love jihad' by the Bajrang Dal even though she married a Muslim man with her own consent.

“Isn't this the murder of an innocent child before it was born? Aren't the police in your state responsible for this? ”The official asked in the letter. "Not only that, the Uttar Pradesh police should be trained to inform the people about their rights without wasting any time. This training needs to be given to the political leaders of Uttar Pradesh including you. We and other people's representatives need to educate ourselves once again about the provisions of the sworn-in constitution, ”the official said.

The letter further states, "We hope that this letter will help us to mobilize public opinion as well as stop these inappropriate practices through court mediation." Uttar Pradesh police have been arresting one person every day since the Love Jihad Act was enacted. So far, police have arrested 35 people. In addition, more than a dozen FIRs have been registered. The law provides for 10 years imprisonment.

Nitish Kumar's government in crisis, 17 JD (U) MLAs on the path of RJD