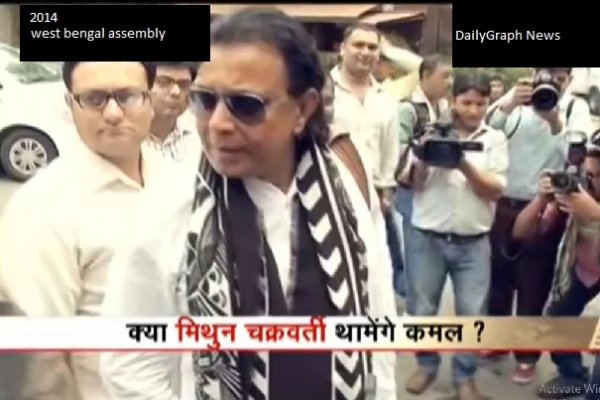 West BengalVeteran actor Mithun Chakraborty's name came up in the discussion due to the visit of Sarsanghchalak of Rashtriya Swayamsevak Sangh. It was rumored that Mithun Chakraborty would join the BJP as the Sarsanghchalak met him while the Assembly elections were in full swing in West Bengal. Mithun had said that the visit was a family affair. However, Prime Minister Narendra Modi is scheduled to hold a campaign rally in Bengal today.

The schedule for the West Bengal Assembly elections has been announced. Voting will take place in eight phases and the names of the candidates are also being announced. So now the mercury of propaganda seems to be rising in Bengal. Prime Minister Narendra Modi is on a tour of West Bengal today (March 7) and will address a campaign rally in Kolkata. Meanwhile, it has been reported that actor Mithun Chakraborty will join the BJP in his presence.

From Mohan Bhagwat's visit to Mumbai, there was talk that Mithun Chakraborty would re-enter politics. However, “The meeting with Bhagwat was a family affair. We had wanted to meet for many days. But I could not meet him because of the program. Bhagwat had breakfast at my house today. At the same time, my family has been invited to Nagpur, ”Mithun had replied. Mithun joined the Trinamool Congress in 2011 at the request of Mamata Banerjee. After that Trinamool had sent him to Rajya Sabha. However, in 2016, Mithun resigned from the Rajya Sabha and took political retirement. However, after Bhagwat's visit, there was talk that Mithun Chakraborty would join the BJP and enter politics once again. It is likely to be sealed today.