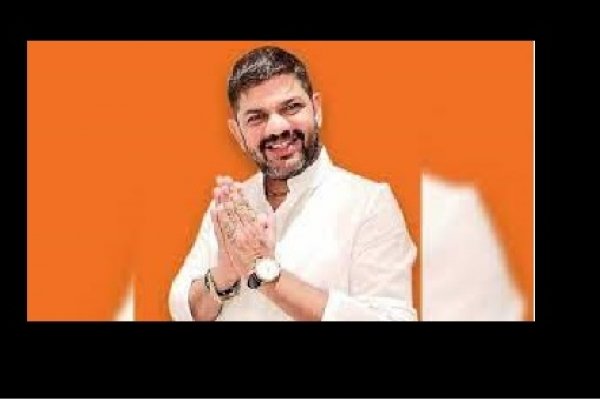 On the other hand, police arrested BJP leader Rakesh Singh in a drug case. Two sons of the BJP leader were also arrested on charges of obstructing the work of the police! BJP Youth Front leader Pamela Goswami was earlier arrested in Kokenkand. Rakesh Singh's name first came up in his mouth.

Who is Rakesh Sing

Name Enrolled as Voter in: 159-Bhabanipur (West Bengal) constituency , at Serial no 113 in Part no 80

Police sent him a notice under Section 160 of the CIA Act at 4 pm on Tuesday asking him to appear at Lalbazar. But the BJP leader said in the morning that he would not be able to attend the meeting. Since then, the police have been searching for Rakesh Singh. According to the source, first they tried to know his location by looking at the tower location of the mobile phone. But around two in the afternoon, Rakesh's phone was switched off.

The news reached the police stations of different districts. According to police sources, the police were conducting a thorough search on the highway in Gholsi, East Burdwan. At that time they stopped a car. BJP leader Rakesh Singh was in that car. He was accompanied by central security guards.

Police arrested the BJP leader from Gholsi in East Burdwan during a search of Naka after receiving information from a secret source. Meanwhile, Rakesh's two sons Shubham and Saheb Singh were arrested for allegedly obstructing police work during a raid on a house in Kolkata.