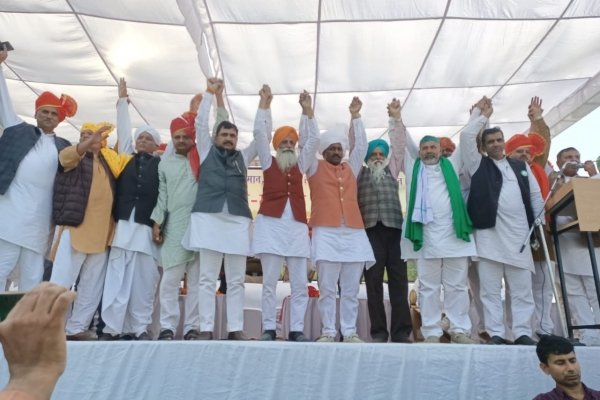 Farmers have called for Elgar against the new agricultural laws. The Farmers Protest has been going on the Delhi border for more than two months now, with fears of a sharp repercussions in the run-up to the elections. BJP leaders are especially worried about the spread of farmers in Punjab, Haryana and western Uttar Pradesh. The senior BJP leadership on Tuesday held discussions with party leaders in Haryana, Rajasthan and western Uttar Pradesh to understand the situation.

BJP leaders are worried as the farmers' movement has started spreading in the Jat belt. The senior BJP leadership on Tuesday discussed the situation with party leaders from Haryana, Rajasthan and western Uttar Pradesh. While agitating farmers' mahapanchayats were taking place in the sugar belt, party chief JP Nadda and home minister Amit Shah held discussions with MLAs, MPs and district leaders. Union Agriculture Minister Narendra Singh Tomar and Union Minister of State for Agriculture Sanjeev Balian were also present at the meeting. Both Tomar and Baliyan come from the Jat community.

The displeasure of the Jat community could affect 40 Lok Sabha seats in the area. Therefore, the BJP will have to take care that this agitation does not spread further. Local leaders have been asked to stay in touch with khap leaders. BJP office-bearers in Uttar Pradesh, Punjab and Haryana have been instructed to formulate a strategy so that people are not misled by the Agriculture Act.