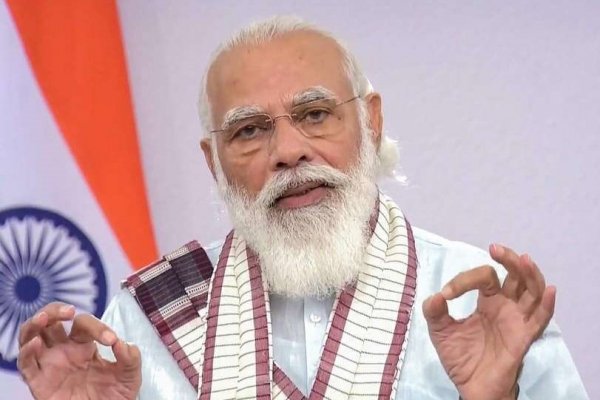 Delhi: Prime Minister Narendra Modi on Thursday lashed out at previous governments over the Union Budget. "Earlier governments presented the budget with an eye on the ballot box and used the budget as a medium to announce promises that could not be fulfilled, but the role of the country has changed," Modi said.

For the last several decades in our country, the budget has had a limited meaning, no matter in whose name it is announced. He was speaking at the inauguration of a program marking the centenary of the historic Chauri Chaura incident through video conferencing at the hands of Modi.

You all balance your household spending with what your needs are and what your future responsibilities are, but the budget was made a means of announcing promises that previous governments could not fulfill. However, the country has now changed its thinking and role, he said. A postage stamp was unveiled by Modi at the beginning of the centenary celebrations.

Father of the Nation Many people were killed when the police opened fire on freedom fighters who had joined the non-cooperation movement started by Gandhiji in 1922. In response, protesters stormed the Chauri Chaura police station and set it on fire, killing several people inside.