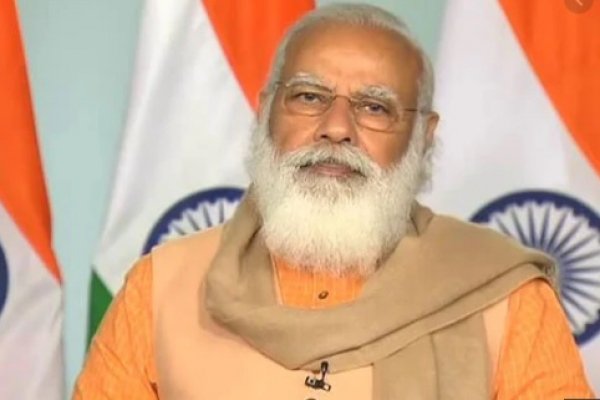 What happened in Chauri Chaura Kand explained by PM Modi

Delhi : Prime Minister Narendra Modi on Thursday said it was unfortunate that those who sacrificed their lives in the Chauri Chaura incident in 1922 were not given a proper place in the pages of history.

The freedom fighters who took part in the non-cooperation movement started by Father of the Nation Gandhiji in 1922 were fired upon by the police. Many were killed in it. In response, protesters attacked the Chauri Chaura police station and set it on fire. Many in Thane were killed in it.

‘What happened in Chauri Chaura Kand 100 years ago was seen as a simple incident of burning a police post. In fact, his message was very big and comprehensive. However, the fire was not only in the police station, but also in the hearts of Indians, 'said the Prime Minister.

The Prime Minister was speaking after inaugurating the centenary celebrations of the historic Chauri Chaura incident, which marked the turning point of the country's freedom struggle.

‘The Chauri Chaura incident was a spontaneous fight of the common people. There are very few incidents in the freedom struggle where 19 freedom fighters were sentenced to death in a single incident. It is unfortunate that the martyrs of this incident were not given a prominent place in the pages of history. I commend Chief Minister Adityanath's team for organizing the year-long function, "Modi said.