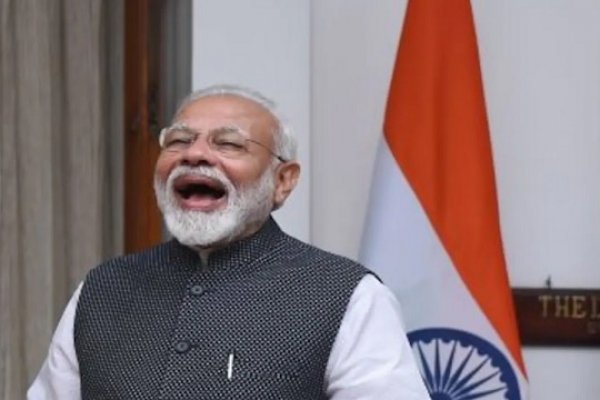 The government of any country has not supported the Farmers Protest : Modi

Delhi : The Center on Wednesday said in the Lok Sabha that no government in any country has supported the Farmers Protest  against the Union Agriculture Act. However, at the time, the government also said that "some inspired" people of Indian descent in Canada, Britain, the United States and other European countries opposed the law. MIM MP Imtiaz Jalil had demanded that the government announce a list of countries supporting the Farmers Protest . The government has given this information while replying to him.

Minister of State for External Affairs V. Muralitharan said India's Prime Minister of Canada Justin Trudeau had made a statement on the issue of farmers' agitation. However, Muralitharan said that after Trudeau's statement, India had told him that such a statement on India's internal affairs was inappropriate and unacceptable. The statement came on the same day that American pop star Rihanna tweeted about the farmers' agitation in India. The tweets from Rihanna as well as environmentalist Greta Thunberg are a ploy to discredit India internationally. This is being done to discredit India and the Indian government, claimed several BJP ministers. The Ministry of External Affairs also clarified about the celebrities who tweeted on the issue of farmers. The Ministry of External Affairs had said that the statements made by these celebrities were not appropriate and responsible.

"No government in any country has supported the agitation of farmers against the three agricultural laws passed by the Indian Parliament. In Canada, the United Kingdom, the United States and some European countries, some "inspired" people of Indian descent have opposed Indian agricultural laws, "said Muralitharan.

Canadian officials in Ottawa and New Delhi have sided with the Indian government over Trudeau's remarks. "No one should make a statement that is inappropriate and unacceptable in India's internal affairs. This will damage bilateral relations between India and Canada, "Muralitharan said. "Canada appreciates the initiative taken by the Government of India to engage with the farmers following the information provided by India," Muralitharan told Parliament.

Referring to the peasant agitation, Trudeau had said in early December that he supported any peaceful agitation and that the situation in India was "worrying". "It would be wrong not to mention the peasant movement in India. The current state of the movement in India is worrying. Many in Canada may be concerned about the relatives of individuals from the Sikh community there, and it is natural. But I would like to remind you that we support the right to protest in a non-violent way. We believe that communication can solve the problem. So we have from time to time expressed our concern about this issue to the Indian authorities through various means. We need to stay together, Corona and all the circumstances, "said Trudeau.