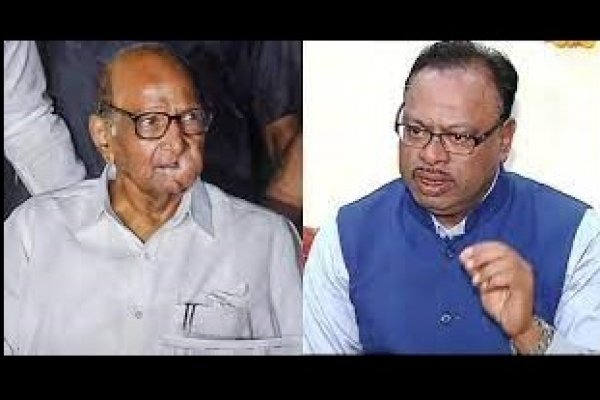 Maharashtra BJP chief Chandrashekhar Bawankule has visited Baramati, the Lok Sabha constituency of Sharad Pawar's daughter Supriya Sule. Since then politics has intensified on this and it is being seen as BJP's efforts to surround the Sharad Pawar family. Baramati was already included in the list of 16 seats for which the BJP has prepared to increase the focus. In such a situation, now the visit of Bawankule has raised the political temperature further. At the same time, NCP has also become an attacker and Ajit Pawar has taunted that a cow never dies due to the curse of a crow.

Talking to the media on Friday, Ajit Pawar said, 'Do you know a Marathi proverb, a cow never dies due to the curse of a crow.' He said that it is true that when the new BJP President comes to Baramati, there is a lot of discussion. The reason for this is that when they came here, it became news. If I had gone somewhere else, this would not have happened. Ajit Pawar said that the new president might need something new. That's why he is trying to get discussion by coming to Baramati. But they should do something different. In fact, there is also speculation that Bawankule may land from here in the 2024 general elections.

Responding to this also, Ajit Pawar said that if you were working in the organization and were close to the party. Then why you were rejected as a candidate in 2019. Why didn't your wife also get a chance? This is an issue within your party. Pawar said that anyone who comes to Baramati, everyone is welcome here, work speaks in Baramati. He said that those who work more than us should bring them to Baramati, the people of Baramati will definitely accept them. It is worth noting that on Thursday also Ajit Pawar had taunted that what will be the constituency for me and my sister (Supriya Sule) because now we are going to lose there. I want to ask BJP whether any area will be left for us to contest elections also.