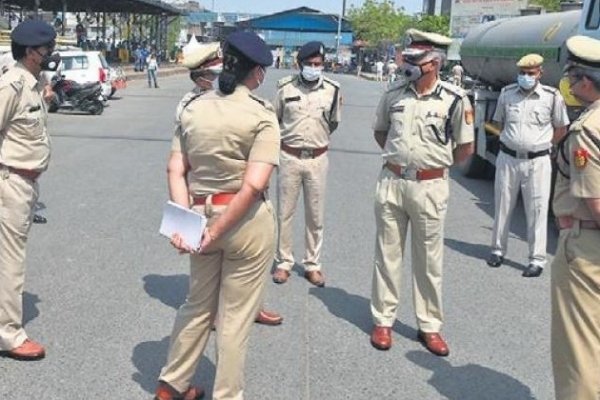 No mercy will be shown to those who cause violence in on Republic Day : Delhi Police

The Delhi Police held a press conference on Thursday in the wake of the violence in the capital Delhi on Republic Day.

In this he gave a detailed account of the events. He also warned of severe action against those who caused the violence, claiming that the farmers did not keep their promise. Delhi Police Commissioner S. N. Shrivastava said, "Farmers leaders were allowed to parade tractors on certain conditions.

"By late night on January 25, it was clear that farmers were not prepared to follow the decision stipulated by the farmers' leaders regarding the tractor parade. The next day, he became aggressive and gave inflammatory speeches from the stage. This made their motive clear." The police have videos of the farmers threatening the leaders of the state. No one will be left. Any farmer leader found guilty of this will be legally prosecuted. Our agreement was with the farmers' leaders. They threatened us. Therefore, action will be taken against them.

The Police Commissioner said that farmers who were present in Ghazipur along with farmer leader Rakesh Tikiat also committed violence and went to Akshardham. This time, the police sent back some farmers, but some farmers broke the police barricades and reached the Red Fort. So far, 19 people have been taken into custody and 50 are being questioned. The people who broke into the house are being identified. They will be arrested. More than 25 cases have been filed so far.