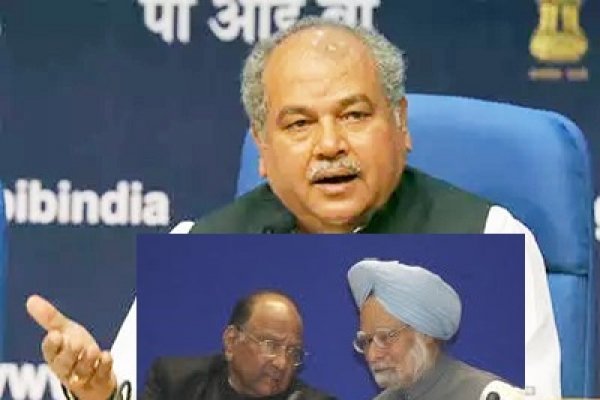 Tomar said, “Many commissions, ministers, many chief ministers and governments have made many efforts towards reforming the agricultural sector. During the tenure of the UPA, the then Prime Minister Dr. Manmohan Singh and Agriculture Minister Sharad Pawar also wanted to implement these reforms in the agricultural sector. However, due to pressure on them, they could not implement it. ”

The statement came a day before the government would resume talks with protesters against the Centre's agriculture laws. A joint committee of various farmers' organizations also met Tomar and expressed their support for his agricultural laws.