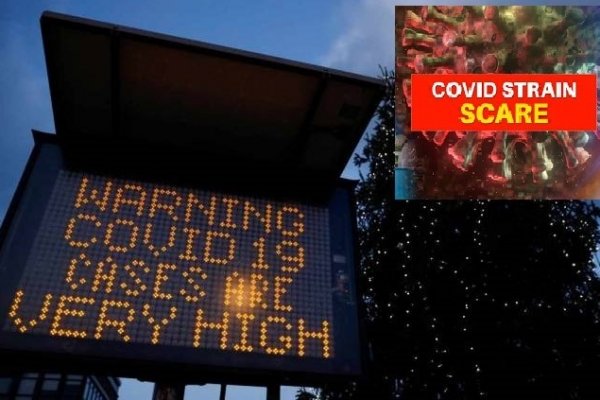 The new corona found in Britain has caused headaches as the rate of corona infection has slowed. This new type of fast-moving corona has also begun to spread around the world. The new type of corona, which has reached 16 countries so far, has now spread to India. Six new cases of coronary heart disease have been reported in the country.

A new type of corona has been discovered in Britain. Many countries, including India, have stopped flights from Britain to prevent the new virus. However, the new Corona has set foot in India. Between November 25 and December 23, 33,000 British citizens returned to India. All of these passengers were tracked and tested. 114 passengers were found to be corona positive. After the report was positive, the samples were sent to 10 laboratories in the country. The samples were sent to laboratories in Kolkata, Bhubaneswar, NIV Pune, CCS Pune, CCMB Hyderabad, CCFD Hyderabad, INSTEM Bangalore, NIMHANS Bangalore, IGIB Delhi and NCDC Delhi.

It found a new strain (new type) in three patients from a sample sent to a laboratory in Bangalore. The strain was found in the bodies of both at the Hyderabad laboratory and in one of the samples tested at the Pune laboratory. A new type of corona has been found in the bodies of a total of six patients. All these patients have been kept in separate isolation wards by the concerned states. So the citizens who came in contact with them have been quarantined. At the same time, work has been started to get information of other passengers.

A new type of corona was discovered in Britain a few months ago. The British government had said the rate of such spread was tremendous. As a result, international flights have been shut down again. However, this type of corona has reached 16 countries. New strain patients have also been found in India, and India has been included in the list