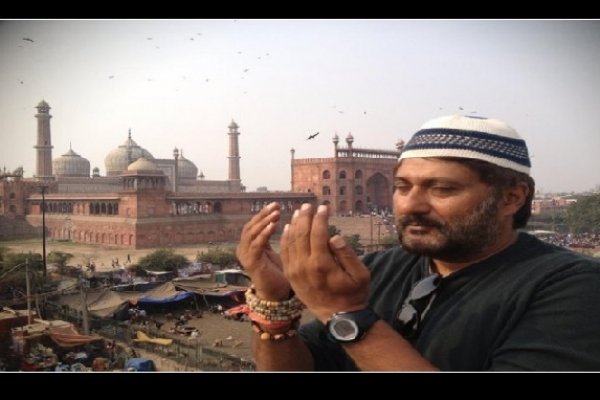 10-year-old photo of Vivek Agnihotri, director of 'Kashmir Files', goes viral, in front of Jama Masjid. Director Vivek Agnihotri's 'The Kashmir Files' has been in the news for the last few days. #TheKashmirFiles is trending on social media. From ordinary audiences, critics to live Bollywood celebrities, many have reacted to the film. Initially, the movie was released on only 700 screens. But with great success, it was released on 2000 screens.

An old tweet and a photo of director Vivek Agnihotri are going viral while a film based on the escape of Kashmiri Pandits from the valley in 1990 is being discussed. This tweet was made 10 years ago, in 2012. It shows Vivek Agnihotri praying in front of Jama Masjid. Vivek Agnihotri wrote in the caption, "Along with 'Jama Masjid', he has also written #Freedom.

The Kashmir Files hit the theaters on March 11 and has grossed over Rs 50 crore so far. The film has been tax-exempt in several states. The film stars Anupam Kher, Mithun Chakraborty, Darshan Kumar and Pallavi Joshi in lead roles.