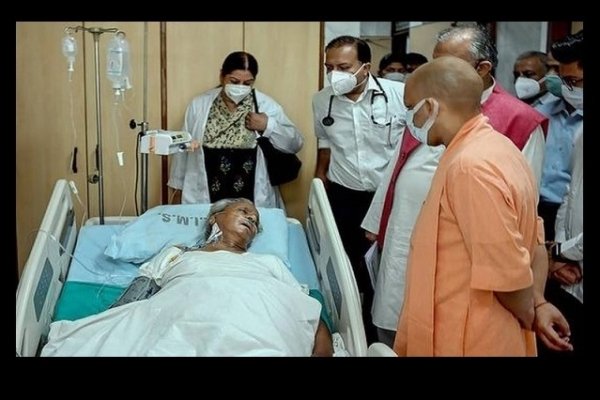 Advani said it was a great inspiration for the party in resolving the Ayodhya issue. He worked to fulfill the aspirations of millions of people for the dream of a Ram temple to come true. Expressing grief over the demise of Kalyan Singh, he said that he did a great job for the lower castes of the society. At the same time, he worked hard for the progress of the state. He was the long time president of BJP. He has many fond memories of the Ram Janmabhoomi movement. His commitment, sincere efforts to resolve the Ayodhya issue was a great inspiration to the party. His work was also invaluable to the millions of Indians who dreamed of a Ram temple. With the demise of Kalyan Singh, a selfless leader has been lost and his life will continue to inspire many generations to come.

‘My father was born to announce‘ Jai Shriram ’’

Lucknow: My father was born to proclaim 'Jai Shriram', said Rajveer Singh, son of the late Kalyan Singh, former Chief Minister of Uttar Pradesh. After Kalyan Singh's death on Saturday, his residence was crowded with fans, and the area outside his house was abuzz with chants of 'Jai Shriram'. Kalyan Singh passed away at Sanjay Gandhi Post Graduate Institute of Medical Sciences on Saturday night. The slogan 'Jai Shriram' was uttered by every activist who came out to visit Kalyan Singh's residence. His son Rajveer Singh said, "A grand Ram temple will be built in Ayodhya now, but he has already visited Ram Lalla."