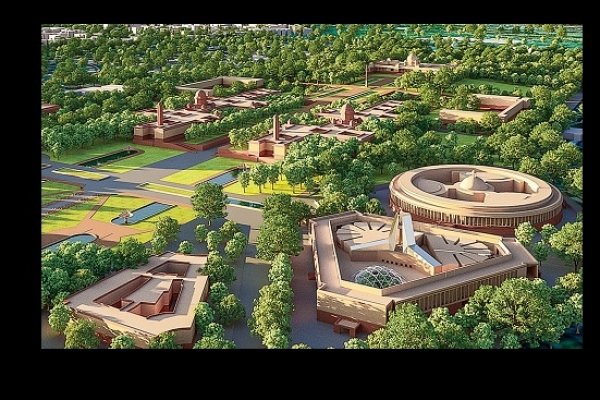 Know how a new Parliament is being formed

The public will no longer be troubled by the Prime Minister and Vice President's convoys coming out of Parliament. Such tunnels are being built in the newly constructed Parliament, which will go from the underground paths to the PM's residence and to the Vice President's house. This will not disturb the common people due to the VVIP movement on the roads and the movement of traffic outside the Parliament will continue normally. The construction of these tunnels simply means that the convoys of celebrities like PM and Vice President should not obstruct traffic and ensure their movement in Parliament.

New PM housing and PMO will come towards South Block as per Central Vista's construction plan. The new VP Chambers will be in the North Block and the MPs' Chambers will be on the side where Transport and Shram Shakti Bhavan are.

According to a Times of India report, these tunnels will be in single lane. Because they will be used exclusively by some people. It has been told that since these are small blocks, golf courts can be used to reach the Parliament. Such a link from the Rashtrapati Bhavan was not required, it is at some distance and the President's arrival in Parliament is short and pre-determined.

Sources have said that the primary objective of the Central Vista redemption is to further ease public access to the area above and around the Parliament complex.
Currently, in Central Vista and Lutyens Bungalow Zone, many parts are tightly monitored for security reasons and VIP movement, which affects the movement of people. In the coming times, VIP routes can only be used for events such as the parade of 26 January.

The report also said that to improve the access of visitors and tourists to the Central Vista Project to Parliament, there is a need for high security for VIP movements which will be different from the usual routes. The Vice President and Prime Minister's residence, the Chamber for Ministers and MPs are close to the Parliament House.