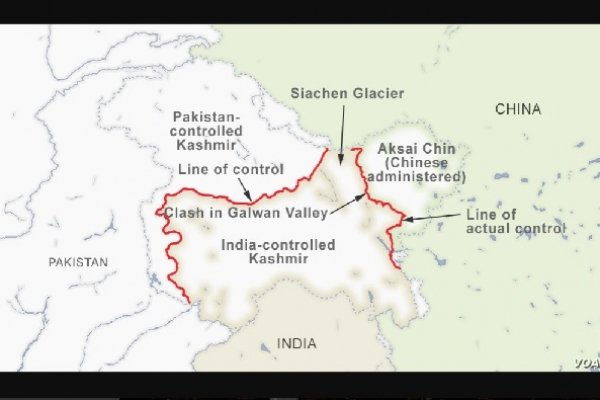 Twenty Indian soldiers were died in a India China bloody battle in the Galwan Valley east of Ladakh. Chinese soldiers are also said to have died in the incident. However, China was adamant about this. Following the withdrawal of troops from the Pangong Lake area, China has calmed down the conflict in the Galvan Valley, and it has been officially revealed that a Chinese soldier has also been killed in the incident. Four soldiers, including PLA officials, were killed in Galwan. The information came after China honored the four soldiers with medals.

A blood feud between Indian and Chinese troops erupted in the Galwan Valley east of Ladakh while the crocodile crisis was still raging. A military battle took place at midnight on June 15, 2020. In this incident, 20 Indian soldiers were martyred. Since then, relations between the two countries have become strained. At the same time, the conflict in the Galwan Valley created a warlike situation on the Indo-China border.

In this incident, 20 Indian soldiers were martyred. There were also reports of Chinese soldiers being killed, but China did not say whether its soldiers were killed. The curtain on it is finally finished. According to People's Daily, China's Central Military Commission has honored four soldiers who worked on Mount Karakoram and were martyred in June. Death sentences were announced after the four soldiers.