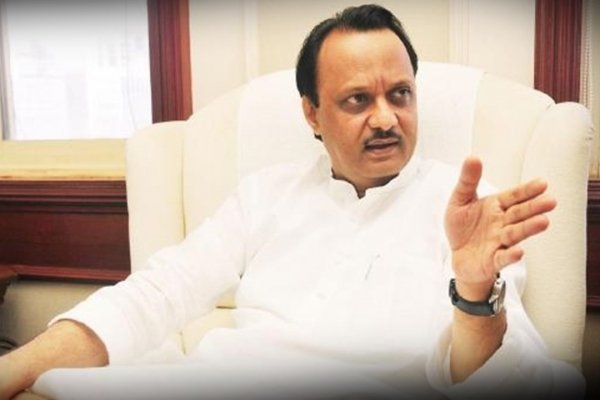 Farmers in the country are being nailed in their way while agitating on the Delhi border for their demands. This has never happened before. Is the Mughals ruling now? What do you think? This question has been asked by Deputy Chief Minister Ajit Pawar to the Central Government. He was talking to reporters in Amravati. "There is no way to know why the central government is taking an anti-farmer stance, but it will not tolerate such an obstacle for the farmers," he warned.

Annual planning meeting of five districts of Amravati division was held here. Speaking at a press conference after the meeting, Ajit Pawar criticized the central government. “The central government has stopped grape export subsidies. The subsidy of Rs 1.5 lakh to farmers and Rs 2 lakh for container rent was stopped. The government seems to be taking an anti-farmer stance. We have protested it. Nationalist Congress Party (NCP) president Sharad Pawar has said that the central government should intervene if agricultural commodities get fair rates and lower than guaranteed rates. On the other hand, the government has a role to play in curbing the farmers who have been agitating for the last two months for their demands. All the three parties in the state's Mahavikas Aghadi are on the side of the farmers and the state government will try its best to provide relief to the farmers on various issues, ”explained Ajit Pawar.

Ajit Pawar said, “The central government should do the work of vaccination of Kovid. That task is difficult for the states. Union Health Minister Dr. Harshvardhan said everyone would be vaccinated. Later, in the first phase, it was decided to vaccinate 3 crore people, giving priority to health workers and Corona warriors. Now it has been read that the central government will vaccinate 300 million people. We have to see what happens next ".

"The annual planning fund has been increased keeping in view the demands of the people's representatives. Accordingly, Rs 300 crore has been allocated for Amravati district, Rs 325 crore for Yavatmal, Rs 185 crore for Akola, Rs 295 crore for Buldhana and Rs 185 crore for Washim district. Expansion of runway of Amravati Airport, funds will be provided for starting Government Medical College in Amravati. Funds will be provided for land acquisition for the purpose of expanding the runway of Akola Airport, funds for irrigation projects will not be allowed to fall short, ”he added.