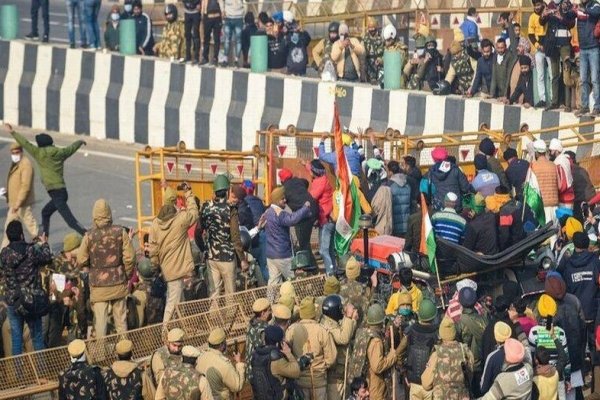 Farmers protesting against the new agricultural laws have started a tractor march. The Delhi Police allowed the march after the Supreme Court refused to intervene. an outsized police presence has been maintained on the Delhi border from law and order standpoint. Farmers are allowed to advance the tractor after the operation on rajpath.

Though the Delhi Police has allowed the farmers' tractor march after five rounds of dialogue , the police have put in situ tight vigils on the road keeping in sight the likelihood of a strike. The farmers' tractor march will begin after the road way on rajpath is over for safety reasons. All the obstacles are going to be removed on the delhi border for this tractor march. Swaraj India leader Yogendra Yadav has informed that farmers who have protested on the delhi's bessley for the past two months will enter Delhi.