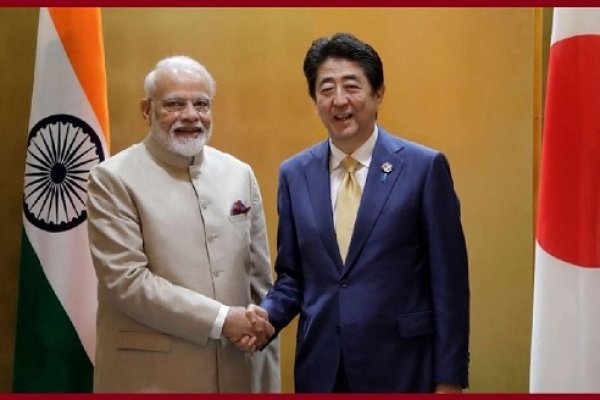 PM Modi proud of those who have been honoured

In a tweet on the Padma awards, Prime Minister Narendra Modi said, "We are proud of all those who have been honoured with the Padma award. India has been honouring the contribution of celebrities working for the nation and humanity. These extraordinary personalities from different walks of life worked to bring about qualitative changes in the lives of others.

Shinzo Abe (Japan): India-Japan relations had progressed during the tenure of former Japanese Prime Minister Shinzo Abe. He has been given the Padma Vibhushan award for public service. He resigned from his post due to poor health.

SP Balasubramanian (posthumously): Singer SP Balasubramanian is being conferred the Padma Vibhushan award for his contribution to the art field. He sang thousands of songs in Telugu, Tamil, Kannada, Hindi and Malayalam languages.

Sudarshan Sahu: Odisha's famous sculptor Sudarshan Sahu has been honoured with the Padma Vibhushan for his contribution in the field of art. Their artifacts are discussed all over the world.

They are also padma vibhushan

102 celebrities including Mridula Sinha, Peter Brook to be padma shri

Six sports personalities will be honoured with padma awards along with veteran table tennis player Mauma Das. On the eve of Republic Day, various Padma awards were announced on behalf of President Ram Nath Kovind. The Home Ministry confirmed this on Monday. Apart from Mauma, P. Anita, Madhavan Nambiar, Sudha Singh of Uttar Pradesh, Virendra Singh of Haryana and KV Venkatesh will be conferred with Padamshree. Virendra is known as a dumb wrestler. These personalities will be honoured by President Ram Nath Kovind.