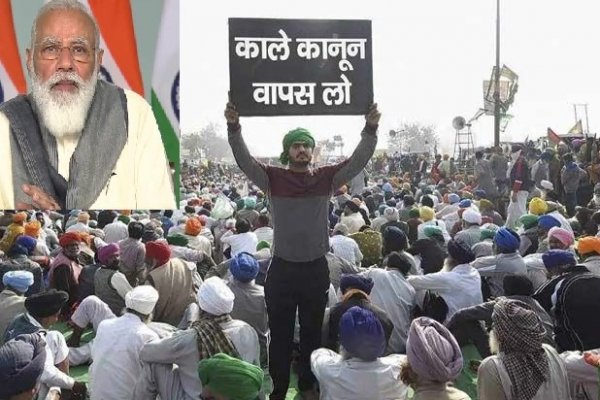 In the midst of the ongoing peasant movement in the country, the Narendra Modi government has prepared a list of 42 reforms, including agricultural laws. This list highlights the laws or reforms that have come into existence during the last six years after the NDA came to power and which the Government believes has greatly impacted the country.

The Agriculture Infrastructure Fund was launched on August 9, 2020. Under this fund, after the harvesting, cheaper loans have to be given for development of infrastructure for its management and for investment in Community Agricultural Assets. This scheme will be applicable for 10 years i.e. from FY 2020 to FY 2029.

Thousands of farmers have been camping on the border of Delhi for more than a month and they are still frozen without any solution. This list of the government talks about the reforms brought between 2014 and 2020. Modi government came to power in May 2014. The second term of this government is going on since 2019.

In addition to agricultural laws, Goods and Services Tax (GST), Swachh Bharat Mission, Chief of Defense Staff and Triple Divorce Act have also been included in this list of reforms. In a decision of the Supreme Court in 2017, the triple talaq was declared unconstitutional, after which the Modi government made a law and declared it criminal.

All ministries have been asked to give a 5-page presentation on the reforms related to their departments. There will be a detailed description of what exactly was reformed, who benefited from it, how long the reform remained in discussion and if it is still not implemented, when it can be finalized.