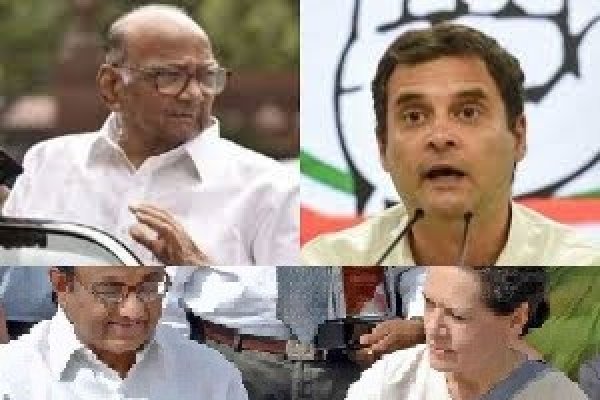 The issue of handing over the chairmanship of the United Progressive Alliance (UPA) to NCP president Sharad Pawar is once again being discussed in political circles. Shiv Sena MP Sanjay Raut said that the opposition in the country is weak and the UPA needs to be strengthened. For this, a role has been proposed to be handed over to Sharad Pawar. On the other hand, Congress leader Sanjay Nirupam has expressed the possibility that the Shiv Sena's demand may come at the root of the Mahavikas Aghadi government. Meanwhile, senior Congress leader P Chidambaram has reacted to this for the first time.

"Even Sharad Pawar does not want his name to be announced or elected as the UPA president. When the meeting takes place, the right person will be selected. We are not electing a Prime Minister, "Chidambaram said. He also said that there was no such thing as a UPA president.

P Chidambaram emphasized the importance of party meetings in the UPA. He said it was natural that the Congress president would lead a meeting of allies if convened. "Some parties may take the initiative to convene a meeting of the UPA and the Congress will participate. But if the Congress has called a meeting, then the Congress leader will lead the meeting, ”said Chidambaram.
Delhi on the backdrop of the farmers' agitation that started at the gates of Delhi. This time he will meet the opposition leaders. Meanwhile, Sharad Pawar, while talking to media before his visit to Delhi, clarified his position regarding the UPA presidency. Sharad Pawar has rejected the news of his ascension as UPA president. "I have no time or thought of becoming the UPA president. There is no question of any such proposal, ”said Sharad Pawar.

Sharad Pawar had earlier denied the news of becoming UPA president. Speaking to media, Sharad Pawar said that the news was wrong. "Don't give false news like you have given this news," Sharad Pawar had said to the media.
"Opposition is in turmoil in the country and the United Progressive Alliance (UPA) needs to be strengthened. For this, leadership should be handed over to Sharad Pawar, ”said Shiv Sena spokesperson Sanjay Raut. "If Sharad Pawar is handed over the leadership of the UPA, the Shiv Sena and the anti-BJP parties across the country, including those from the NDA, will consider joining the UPA," Raut said.
"Shiv Sena's demand to hand over the leadership to Sharad Pawar by doubling the Congress party may come at the root of the Mahavikas Aghadi government. Because if the Shiv Sena constantly criticizes the Congress, the Congress leadership may reconsider its support. Though Shiv Sena is worried about the leadership of United Progressive Alliance, where is Shiv Sena in this alliance ?, asked Congress leader Sanjay Nirupam.