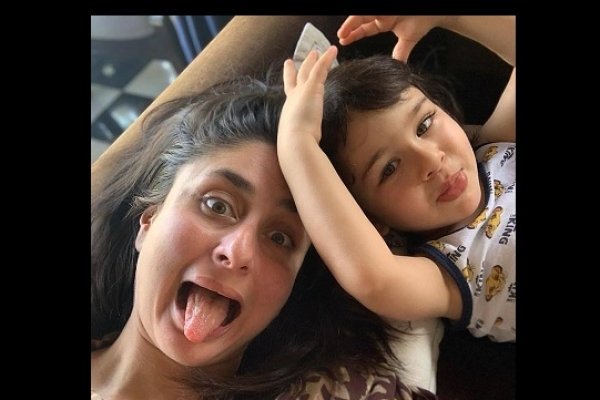 A new guest has arrived at the house of Saif Ali Khan and Kareena Kapoor . On February 21, Karinan gave birth to a cute baby boy at Bridge Candy Hospital. Upon hearing the news that Kareena Kapoor has become a mother for the second time, Saifina's fans showered good wishes. After Saif Kareena had her second child, there was a flurry of discussion on social media. Saif Kareena will now name her second baby. So many people on Twitter also barred Safina's baby. People also asked What will Kareena Kapoor and Saif Ali Khan name second Baby.

Why did Saif Kareena name her first baby boy Taimur?

Taimur was born on December 20, 2016. Netizens congratulated Kareena on becoming a mother for the first time. The hospital photo of Kareena and Taimur went viral. But as soon as Saif named the boy Timur, the netizens trolled Saif and Kareena. Netizens were outraged when Saif named the boy after the brutal Taimur who invaded India.

In an India Today program, Kareena shared her opinion on why the boy was named Taimur. At the event in 2018, Kareena answered the trolls. "A lot of people trolled us then, but the same number of people supported us," she said. "The night before I was admitted to the hospital, Saif asked me if I had a baby," she said. Are you still adamant in your decision? Otherwise let's change the baby's name Faiz. This name sounds very romantic. But I'm not saying straight. If a boy is born, I want my son to be a brave warrior. Taimur is iron and I give birth to an iron man. I will always be proud to name the boy Taimur. That's what Kareena said in the program

Saif said at the Coffee with Karan event

In the fifth episode of the show Coffee with Karan, Saif Ali Khan had said that the name Taimur is very beautiful. ”Taimur is iron and is a Persian word. The reaction of the people was very strong because the name given was of a ruthless emperor. It was Timur who was a Mughal emperor. And my son's name is Taimur. Which is not associated with the name of any emperor. It's enough that I like the name. ” That's what Saif said in this interview.

The arrival of the little Nawab at Saif's house; Kareena has a second son

Although Kareena and Saif answered the trolls, they were both trolled again after the birth of their second child. Netizens targeted Saif Kareena, saying, "Will Saifina name the boy Babar now ?"