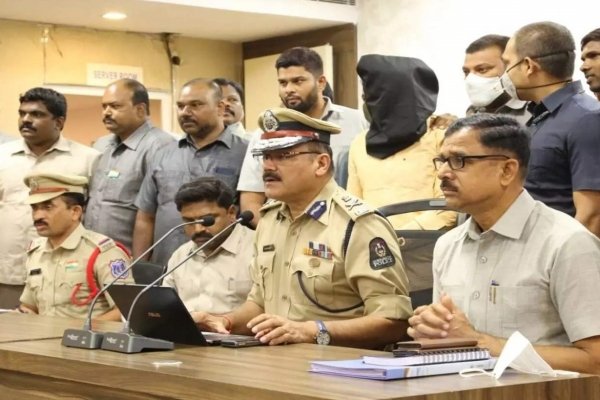 Hyderabad : Police have said that a 45-year-old Indian serial killer who was involved in the murder of 18 women in Hyderabad has been arrested. Police said he was involved in many other crimes besides killing women. The case of two women who were recently murdered has also been exposed after the arrest.

According to PTI, the accused killed 18 women in the last 24 years. Hyderabad Police Commissioner Anjani Kumar announced on Tuesday that she had been arrested in connection with the murder of dome women. The accused was arrested in a joint operation. After his arrest, it was revealed that the accused were involved in 21 crimes. This includes 16 murders, four counts of property related to property and one of the offences of fleeing from police custody.

The accused, aged 21, was married. But within days of his marriage, his wife had fled with another man. Since then, the police have said that he had developed hatred for women.

Read more: Mother-in-law killed for not having a baby; The body's eyes were broken, fingers cut

The accused started committing crimes in 2003. He used to trap single women on the pretext of sexual pleasure. Police said that after a combined drink, he killed the woman and then stole valuables from them and fled the scene.

On January 1, a man had filed a complaint of his wife missing since December 30. The body of the woman was found on the railway track on January 4 during the investigation. During the investigation, the victim and the accused were seen travelling by auto together. The accused took the woman to a deserted place and was drunk and killed. The woman's body was in a burning state.

According to police, the accused committed a total of 16 murders between 2003 and 2019. The accused was also sentenced to life imprisonment for the 2009 murder. He had escaped from jail while he was serving his sentence. He committed five murders in the meantime. He was arrested again in 2013. He was granted bail by the High Court in 2018.