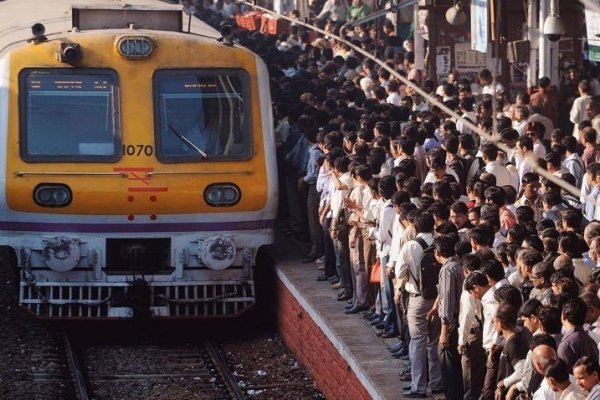 Mumbai:As the suburban railway service is not open to all, many people are trying to travel without ticket . Between January 1 and January 8, the Central Railway arrested 14,000 passengers in an operation against passengers without ticket.

On Friday, 54 people with fake identity cards were arrested. Their identity cards have been confiscated. At present, After removing the security near the entrance of the central railway station, it was said that many people were getting access without tickets..

Emergency service personnel have been allowed local travel since June. The number of passengers then started increasing as different categories were allowed to travel. At present, 8 lakh suburban commuters are traveling on the Central Railway every day. But the local is still not open to the general public. For women, the journey is from 11 am to 3 pm and after 7 pm. Many such difficulties are faced by other passengers. As a result, many are also making fake IDs with essential service personnel for local travel.

On Friday, fake identity cards were seized from 54 passengers at various stations of Central Railway. He had made credentials as an employee of government, municipal, private hospitals, various pharmaceutical companies and insurance companies. So far, more than 500 fake identity card holders have been nabbed on the Central Railway. This includes medical staff, Mumbai Municipal Corporation employees, Maharashtra Security Force employees and other categories of identity cards.

Many get off at the CSMT station by local to reach the office in the CSMT area. For the last few days, a force of ticket inspectors has been deployed at this station since morning. On Friday, 538 without ticket  passengers were caught