What Uddhav Thackeray said about the Army #UddhavInsultsArmy why this hash tag trending by trolls of BJP on twitter
Thursday, 04 Mar 2021 00:00 am 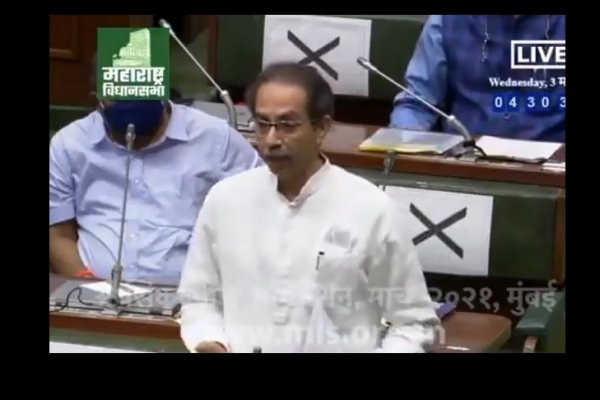 Mumbai: Yesterday, when CM Uddhav Thackeray made a comment about the Farmers Protest and the army since then BJP's devotees and trollers attacking Maharashtra Chief Minister Uddhav by trending hash tag #UddhavInsultsArmy on twitter.

Is that true the CM uddhav insults army ? The details news is Thackeray has attacked the central government over farmers protesting on the borders of Delhi to withdraw the agricultural law. Supporting the protesting farmers, Chief Minister Uddhav Thackeray said that they are in trouble and the central government is laying spikes in their paths. He said that the electricity of farmers is being cut and the supply of water is being stopped. CM Thackeray said that if the work of laying kilts and thorns was on the border then there would be no intrusion.

Maharashtra Chief Minister Uddhav Thackeray said in the assembly, "The farmers are upset. Supply of electricity and water is being stopped. Nail-thorns are being laid in their paths. But they flee as soon as they see China. Had this preparation been on the China-Bangladesh border, there would have been no intrusion. ''

After Chief Minister Thackeray's statement, Bharatiya Janata Party leader and Leader of the Opposition Devendra Fadnavis protested and retaliated. Fadnavis said that the Chief Minister has insulted our soldiers by giving a statement.

Fadnavis said, "CM Thackeray's statement is an insult to our soldiers. Our soldiers counter the Chinese at a temperature of -30 ° C and protect the land of India. In a situation where life is difficult, our soldiers show a mirror to China. I condemn his statement. ''