While Sachin Tendulkar is being criticized by netizens, Indians have suddenly started apologizing to Why are Indians apologizing to Maria Sharapova
Friday, 05 Feb 2021 00:00 am 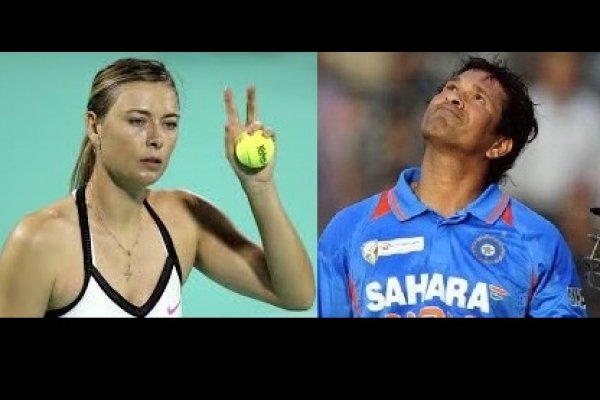 Since the Republic Day, the farmers' movement has gained momentum in the country once again. The agitation has continued, urging the government not to go home without repealing the three agricultural laws, and the agitation is getting support from all over the world. Famous personalities from the country's arts, sports and other fields tweeted about the country's sovereignty and integrity. Cricketer Sachin Tendulkar had also played a role in this regard. Then suddenly Indian tennis player Maria Sharapova has started apologizing.

"Compromise with India's sovereignty is not acceptable. External forces can remain in the role of watchdog, but cannot interfere. Indians know about the country and the countrymen should make the decision. Let's all stay together as a country, ”Tendulkar had tweeted. His tweet was seen as annoying. Many criticized Sachin's role on social media.

Why Indian apologize to Sharapova ?

While Sachin Tendulkar is being criticized by netizens, Indians have suddenly started apologizing to tennis player Maria Sharapova. Why are people apologizing to Maria Sharapova ? Such a question has arisen in the minds of many. This is because of Sharapova's 2015 interview and the subsequent criticism of her. In the interview, Sharapova had said that she did not know Sachin Tendulkar. She was criticized for that.

You were right Maria , we apologize

After Sachin Tendulkar's tweet, Indian citizens are apologizing on Maria Sharopova's Facebook page on Wednesday. "When you said you don't know Sachin Tendulkar, we came to criticize you. But now destiny has proved that one should not know about it. You were right, Maria. We apologize, "said one.

"We sincerely apologize for what we have done in the past. You were right We are with you We don't know who Sachin is, ”said one netizen. "Sharapova, I'm sorry we made a mistake," said someone under Maria's post.

"Sorry about the trolling in 2014. Who is Sachin Tendulkar? This statement of yours was one hundred percent correct. It has no backbone and does not support Indian farmers, ”said one.